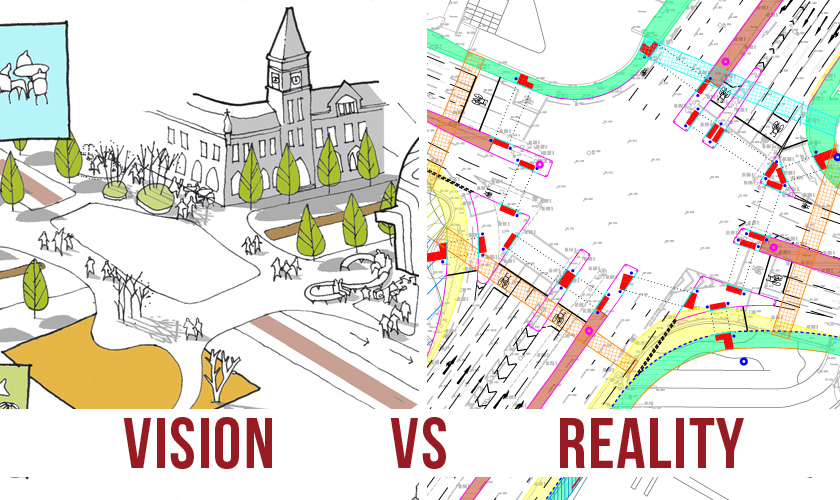 Many people in the area have concerns about this scheme and the Stretford Masterplan, feeling that it doesn’t go far enough to address the problems facing Stretford. This was fed back to Trafford Council by many people as part of the previous consultation in January 2016, but non of concerns have been addressed in the revised proposals.

If you would like more details about consultation, go to the July 2016 Stretford Public Realm Consultation page on the Stretford Town Centre website.

Also read the following responses to understand some of the concerns people have with the proposals:

If like us, you think that the proposals don’t address the issues facing Stretford and you want a better Stretford Masterplan, please email the project team by completing the form below.

Just enter your name and email, then click send to send the email

Read or edit the petition

I am writing in response to the July 2016 Stretford Public Realm Consultation, and to request that Trafford Council reconsider this element of the masterplan as I don’t feel it meets the needs of Stretford in the 21st century.

The phase 1 proposals don’t address the biggest issue facing Stretford, the severance caused by the A56. They also appear to be more of a road widening scheme to increase traffic flow to Chorlton, than an improvement to the public realm in Stretford.

The removal of the underpasses unnecessarily inconveniences those wanting to cross the A56, Edge Lane, Kingsway junction and the surface level crossings will be a much less convenient and safe alternative, undoubtedly leading to an increase in accidents.

The proposed footways and cycleways are of a poor standard and won’t encourage people to use sustainable means of travel, going against TfGM’s aims in the Greater Manchester Transport Strategy 2040.

I urge Trafford Council to halt progress on this scheme and engage further with the Stretford community to produce proposals that will truly regenerate Stretford town centre.